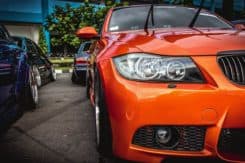 Cox Automotive Inc. makes buying, selling, owning, and using cars easier for everyone. With their technology, market intelligence, and products and services, Cox Automotive simplifies the trusted exchange and mobility of vehicles and maximizes value for dealers, manufacturers, and car shoppers.  To learn more about Cox Automotive, visit www.coxautoinc.com.

ThreeWill helped Cox Automotive prepare for a production migration of their 2013 NextGear Capital farm from SharePoint to Office 365 Online Services. 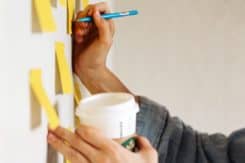 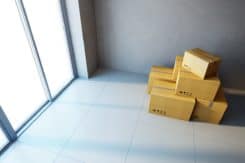 SharePoint Migration Due to a Divestiture Agreement

Fortune 500 corporation based in Georgia. It is a leading company in the design and manufacturing of packaging for commercial products.

On-premise SharePoint sites needed to move to Microsoft 365/SharePoint Online and SharePoint Azure destinations due to a divestiture agreement with a Fortune 500 company.

The on-premise sites included a mix of SharePoint sites spanning the spectrum from simple standard sites to complex sites with heavy customizations and enterprise application integrations. The migration effort was also subject to multiple security and compliance constraints that required a multi-stage/flexible approach for sourcing site data from within the divestiture partner secure network. The migration also had to be completed within the strict timing specified in the divestiture agreement.

A Cross Functional team is a group of people with different functional expertise working toward a common goal. It may include people from finance, marketing, operations, and human resources departments. Typically, it includes employees from all levels of an organization. Members may also come from outside an organization (in particular, from suppliers, key customers, or consultants).

Cross-functional teams often function as self-directed teams assigned to a specific task which calls for the input and expertise of numerous departments. Assigning a task to a team composed of multi-disciplinary individuals increases the level of creativity and out of the box thinking. Each member offers an alternative perspective to the problem and potential solution to the task. In business today, innovation is a leading competitive advantage and cross-functional teams promote innovation through a creative collaboration process. Members of a cross-functional team must be well versed in multi-tasking as they are simultaneously responsible for their cross-functional team duties as well as their normal day-to-day work tasks.

Some researchers have viewed cross-functional interactions as cooperative or competitive in nature, while others have argued that organization’s functional areas are often forced to compete and cooperate simultaneously with one another (“coopetition”) and it is critical to understand how these complex relationships interplay and affect firm performance.

Decision making within a team may depend on consensus, but often is led by a manager/coach/team leader. Leadership can be a significant challenge with cross-functional teams. Leaders are charged with the task of directing team members of various disciplines. They must transform different variations of input into one cohesive final output. Cross-functional teams can be likened to the board of directors of a company. A group of qualified individuals of various backgrounds and disciplines are assembled to collaborate in an efficient manner in order to better the organization or solve a problem.