IT and Project Management Case Studies 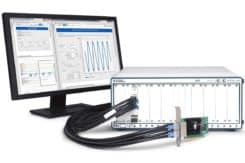 National Instruments is an American multinational company that produces automated test equipment and virtual instrumentation software. It is headquartered in Austin, Texas and its operations span internationally.

Partnered with the client to rationalize Jive content to be migrated; utilized ThreeWill’s Jive to SharePoint migration utilities to extract, transform and load the selected content (~165,000 items) within Jive to SharePoint online. 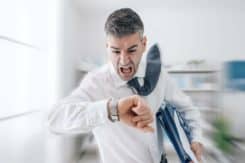 This company is an American multinational manufacturer and marketer of chemical products for consumers and industrial customers such as BMW, GE, Chevron, and Procter & Gamble.

As part of the efforts to move to the Microsoft cloud, the client wanted to migrate selected Jive content to SharePoint online before their Jive contract expired.

ThreeWill leveraged it’s Jive to SharePoint Migration Utilities and Agile Migration process to migrate critical Jive content to Microsoft 365 before the expiration of the Jive licenses.

JCDecaux’s network of outdoor advertising displays is one of the largest in the global media industry. Every day, JCDecaux reaches more than 410 million people on the planet.  As audiences and communication channels become more fragmented, JCDecaux stands out for its ability to combine mass media and targeted solutions. JCDecaux owes its distinctiveness to its presence in cities, transport systems, and major thoroughfares. With the global population becoming increasingly urban and mobile, their solutions become more effective with each passing year. They are now one of the most influential media networks on the global level, and one of the most flexible on the local level.  To learn more about JCDecaux, visit www.jcdecaux.com.

JCDecaux needed to migrate to a new Intranet platform in an effort to increase platform stability, drive user engagement and cut costs while migrating core content from the original platform.

Information technology (IT) is the application of computers and telecommunications equipment to store, retrieve, transmit and manipulate data, often in the context of a business or other enterprise.

The term is commonly used as a synonym for computers and computer networks, but it also encompasses other information distribution technologies such as television and telephones. Several industries are associated with information technology, including computer hardware, software, electronics, semiconductors, internet, telecom equipment, engineering, healthcare, e-commerce and computer services.

Humans have been storing, retrieving, manipulating and communicating information since the Sumerians in Mesopotamia developed writing in about 3000 BC, but the term information technology in its modern sense first appeared in a 1958 article published in the Harvard Business Review; authors Harold J. Leavitt and Thomas L. Whisler commented that “the new technology does not yet have a single established name. We shall call it information technology (IT).” Their definition consists of three categories: techniques for processing, the application of statistical and mathematical methods to decision-making, and the simulation of higher-order thinking through computer programs.

Based on the storage and processing technologies employed, it is possible to distinguish four distinct phases of IT development: pre-mechanical (3000 BC – 1450 AD), mechanical (1450–1840), electromechanical (1840–1940) and electronic (1940–present).[5] This article focuses on the most recent period (electronic), which began in about 1940.

Project management is the discipline of carefully projecting or planning, organizing, motivating and controlling resources to achieve specific goals and meet specific success criteria. A project is a temporary endeavor designed to produce a unique product, service or result with a defined beginning and end (usually time-constrained, and often constrained by funding or deliverables) undertaken to meet unique goals and objectives, typically to bring about beneficial change or added value. The temporary nature of projects stands in contrast with business as usual (or operations), which are repetitive, permanent, or semi-permanent functional activities to produce products or services. In practice, the management of these two systems is often quite different, and as such requires the development of distinct technical skills and management strategies.

The primary challenge of project management is to achieve all of the project goals and objectives while honoring the preconceived constraints. The primary constraints are scope, time, quality and budget. The secondary — and more ambitious — challenge is to optimize the allocation of necessary inputs and integrate them to meet pre-defined objectives.