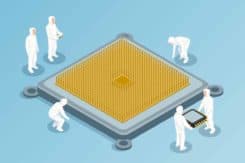 Major global semiconductor company looking to move to a next-generation Intranet while cutting costs and streamlining content management in a multi-acquisition environment.

The two main constraints were the expiration of subscription license for legacy Intranet platform in less than 120 days and the user experience in transitioning to the new Intranet had to be as seamless as possible.

Migrate the most valuable sites and content within sites on the legacy platform to Office 365/SharePoint Online tenant.  Leverage migration automation tools to both create an archive of all existing Jive content while transforming and upload key sites and related content. Identify and develop “champions” from multiple business areas to ensure the success of content migration for core business while articulating the vision for the future growth of the new platform. 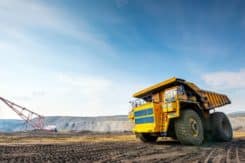 Anglo American made a decision to invest in Office 365 and an Intranet-in-a-Box product for their next-generation intranet and wanted to migrate selected content from a legacy Jive intranet platform.

JCDecaux’s network of outdoor advertising displays is one of the largest in the global media industry. Every day, JCDecaux reaches more than 410 million people on the planet.  As audiences and communication channels become more fragmented, JCDecaux stands out for its ability to combine mass media and targeted solutions. JCDecaux owes its distinctiveness to its presence in cities, transport systems, and major thoroughfares. With the global population becoming increasingly urban and mobile, their solutions become more effective with each passing year. They are now one of the most influential media networks on the global level, and one of the most flexible on the local level.  To learn more about JCDecaux, visit www.jcdecaux.com.

JCDecaux needed to migrate to a new Intranet platform in an effort to increase platform stability, drive user engagement and cut costs while migrating core content from the original platform.