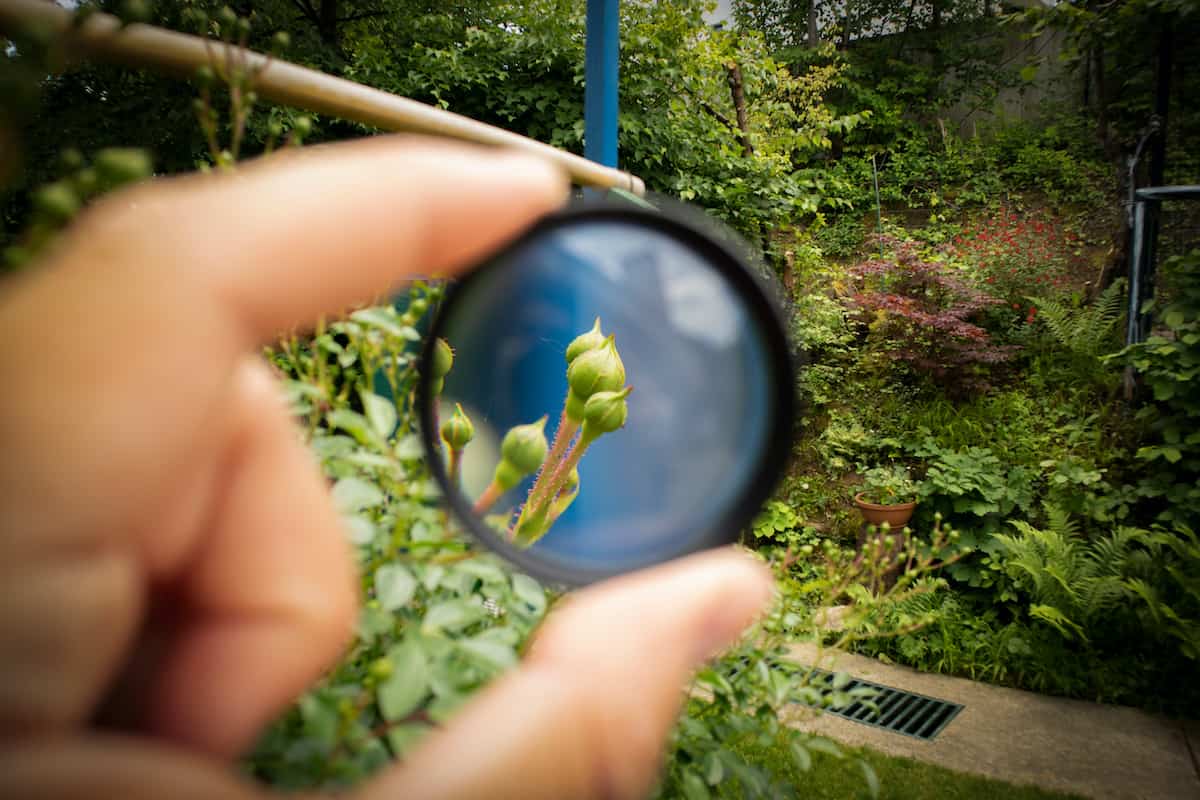 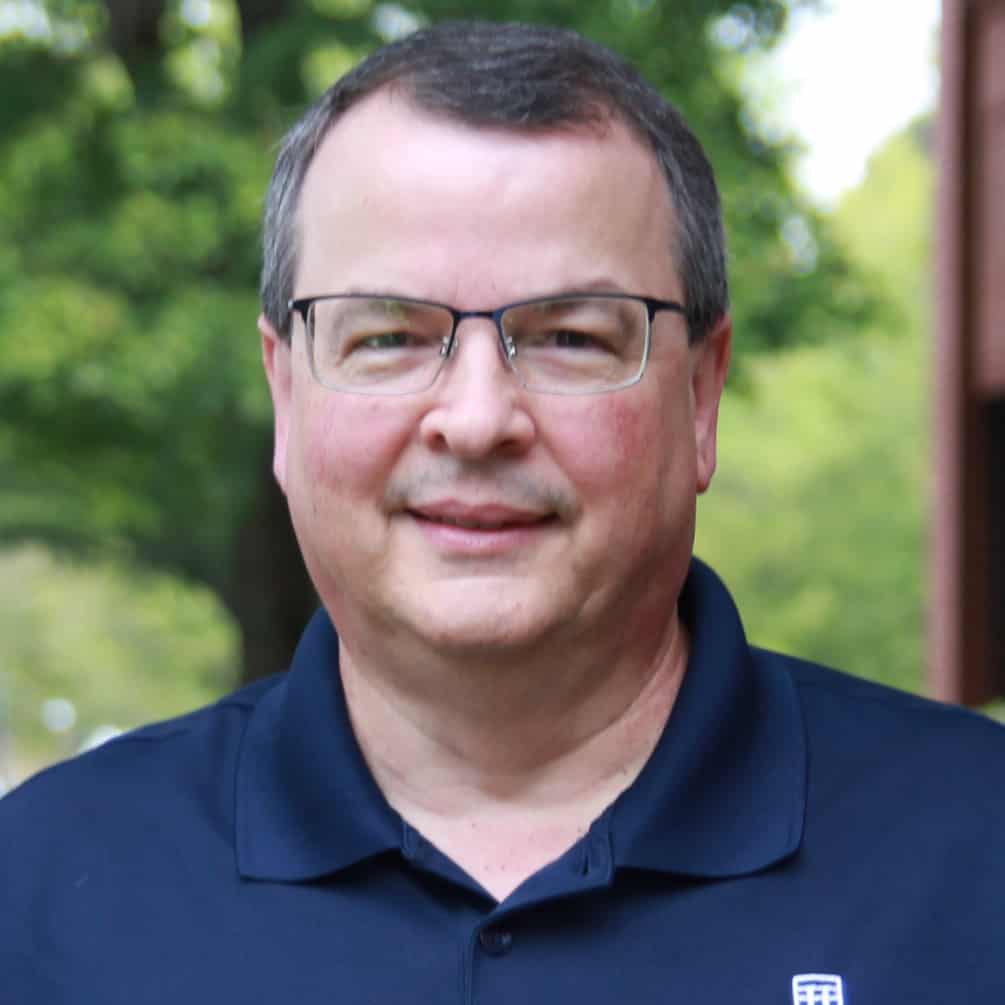 Bob Morris is the Executive Director of Delivery at ThreeWill. Bob leads the delivery of all services which focus on helping clients leverage Microsoft Cloud technologies to provide innovative business solutions and drive real value through people-focused adoption programs.

Unless you’ve been living “off the grid” lately, you’ve probably already heard about Microsoft’s recent announcement of “Viva,” which Microsoft describes as an “employee experience platform”. Microsoft has spared no effort to promote Viva as the next “big thing”.

If you are already working in the Microsoft 365 ecosystem and have a role in technology leadership, are directly involved in technology implementation, or simply consider yourself a technologist, you may have had a somewhat cynical reaction similar to the one I had upon viewing the initial marketing pitch on Viva. I would summarize my reaction as: “yet another marketing wrapper around mainly existing technologies that just makes it more complicated for mere mortals to understand how all of Microsoft’s technology offerings fit together to support people trying to do business”.

However, that reaction views Viva from a purely technical mindset that obsesses on technical details rather than the impacts on people using the technology. After further study and a particularly enlightening chat with my friend and colleague Jeff Meyer (executive director of ThreeWill’s Innovation Practice), I realized that I was too focused on the technical details associated with this announcement and failed to see the more important broader view of Viva. I’m talking about viewing Viva as a paradigm shift in the conversation of how technology supports businesses and, more importantly, the people in those businesses. In other words, I needed to think about Viva from a new technology perspective, i.e., one that focuses on how technology impacts the “people” that use it.

If you had a similar initial reaction as me (come on – let’s be honest), or you simply want to understand why Viva is a big deal, read on to see if you might be missing a critical perspective on the impact of Viva. Even if you don’t read the rest of my blog, I’d highly encourage you to check out Jeff’s blog on Viva ( “ThreeWill Perspective On Microsoft Viva – The Employee Experience Platform”).

It’s not about the technology

Anybody that uses the Microsoft 365 cloud for their daily business routine knows that it is a compelling ecosystem of tools for solving business problems. However, it also presents an ever-present challenge of understanding a large array of applications (many of which have overlapping functionality) along with seemingly daily changes in application features and capabilities. Consequently, it’s easy to get lost in focusing on individual tools and technologies.

Notice in my summary above that I’m looking at Viva through the lens of applications and other technology components that make up Viva (at least in its initial version). I had a conversation with Jeff after pouring over a few of the avalanche of Viva-related blogs, videos, and demos that have already been produced. We were talking about initial thoughts on Viva (mainly in terms of the table above), and I was lamenting the confusion that Viva could potentially cause and reinforcing a cynical belief in some quarters that this was just a play to increase licensing revenue for new “stuff” in M365. Jeff’s quick response was (and I’m paraphrasing here) that “it’s not about the technology, it’s about people”.

There is an old cliché made famous by the 1992 U.S. presidential campaign that says “it’s the economy, stupid”. James Carville, Bill Clinton’s campaign strategist, invented this phrase to be directed against opponents to point out their failure to recognize that, of all the possible messages presidential campaigns promote, only one matters, and that is “how they would handle the economy”. A similar phrase summarizes the proper perspective on Viva…” it’s about people, stupid”.

This perspective represents a significant change in the “enterprise technology conversation”. I thought a recent YouTube stream from Daniel Anderson and Kanwal Khipple (“What really is Employee Experience and Microsoft Viva?“) put it best when they remarked that, with the “move to the cloud”, the conversation in the last few years has been mainly technology-focused but, with the collective experience of the pandemic in the previous few months, that conversation has shifted and has brought people to the center of focus. This focus, resulting from the pandemic’s human impact, has renewed interest in “employee experience and engagement”.

This renewed focus motivated Microsoft to highlight the need for an “Employee Experience Platform”, abbreviated as “EXP”. They’ve published a pretty compelling article (called “The Case for EXP”) to make a case for pivoting the technology conversation to an EXP focus. They’ve also provided specifics on the fundamental components of an EXP. 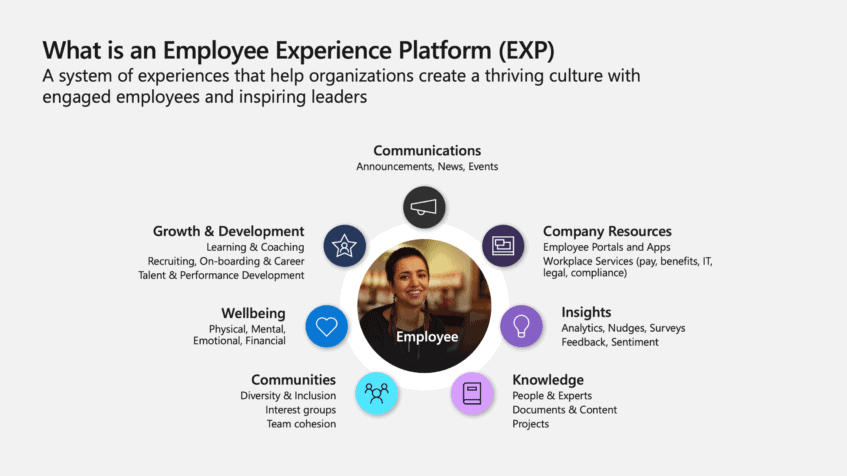 Is this a “big deal”? Many thought leaders, including Josh Bersin in his article “The Massive Market Impact of Microsoft Viva”, think that it is. Why is this?

It’s really due to an alignment of many factors that, taken together, hugely amplify the importance of employee experience and related productivity of workers. Consider some of these factors:

Josh Bersin, in the article cited above, makes the claim that “I think this announcement marks the beginning of a major new market, one as big as ERP and CRM in size”. If he’s correct, technologists should be prepared to adjust their perspective based on the growing trend that, if you want to make a claim on the value that a technology initiative would have for a business, you have to express its benefits in terms of how it improves the “employee experience”.

A better perspective on Viva

So, how have my ruminations on “people focus” and EXP affected my perspective on Viva? Take a look at the table below, and you’ll see some pretty big contrasts from my original view.

I hope that the contrasts between my perspective summaries on Viva have illustrated an important point: technology professionals need to adopt a new mindset where the focus isn’t on application component features and technical implementation details. Instead, they should adopt a perspective based on empathy with the ultimate users of the technology, i.e., people. This means judging the value of technology exactly how users view it, i.e., “How can it help me?” vs. “What can it do?”.