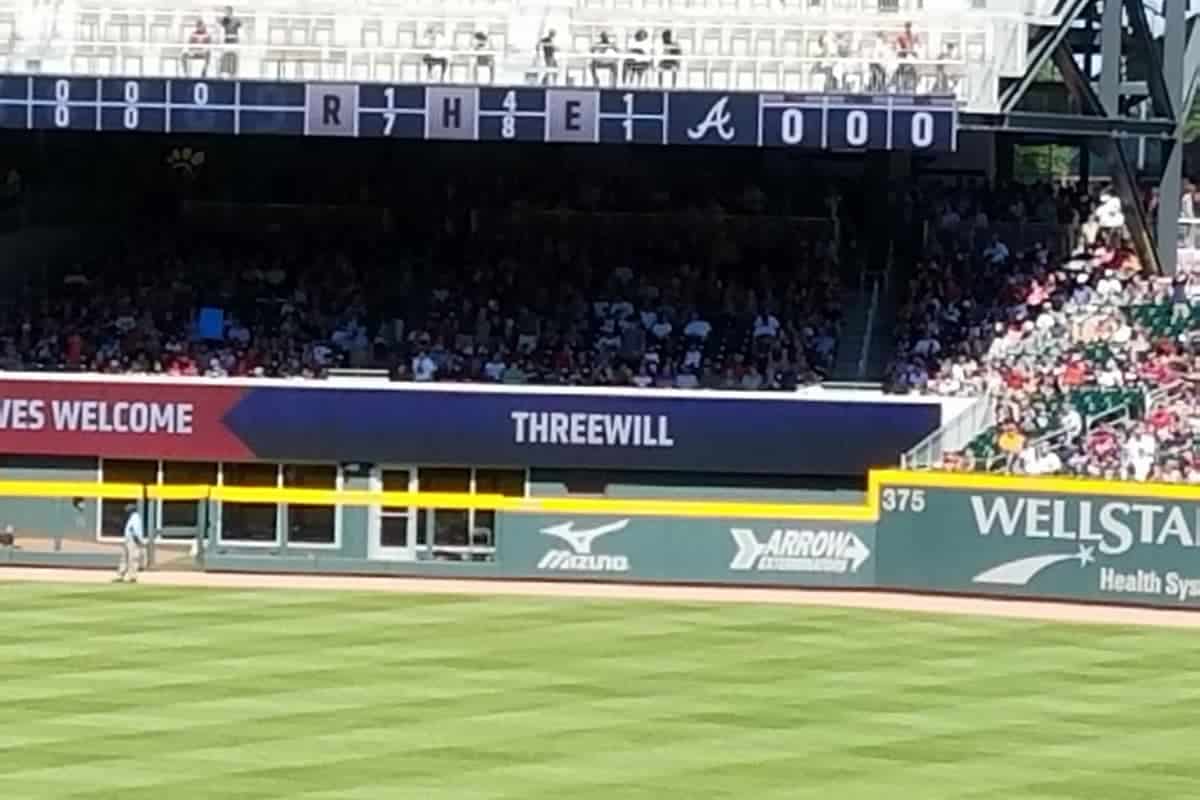 Oliver Penegar is a Marketing intern at ThreeWill. Oliver graduated from a fine arts high school and is a rising senior in the School of Business at the College of Charleston. He has designed multiple e-commerce and informational websites. He is also certified in Google Analytics, Google AdWords, Inbound Marketing and he has produced songs, videos, and podcasts.

This past Saturday, ThreeWill had a company outing at an Atlanta Braves game at the new SunTrust Park and it was a blast. With nearly 100% of people showing up plus families, we had quite the crowd cheering on the hometown team. With seats in the shade, being close to food and the game, the first round of refreshments already paid for, even the non-baseball fans couldn’t help but have an enjoyable time. Add a win for the Braves (7-1) and the ThreeWill company event was a complete success.

This was my first company outing, first MLB game and first Tomahawk chop which made for quite the experience. Being the newest member, I got the chance to meet some of the ThreeWill family I hadn’t meet before and catch up with familiar faces. I’d always heard horror stories about company events (mostly from TV & movies) but when everyone gets along as well as ThreeWill does, it can be nothing but friendly and fun. I will admit, baseball has never been my favorite sport to watch but, never the less, I was excited just to be amongst the crowd, cheering with the rest of the fans. As soon as the first Braves home run and I’m standing alongside everyone with a beer in one hand and a tomahawk in the other, I realized I wasn’t next to the fans, I was a fan! Not only was the game great, but so was our vantage point. No matter how big a fan of America’s favorite pastime you are, no one wants to sit in the Georgia sun for 3 hours or the possible the rain that was forecasted for the game. Luckily ThreeWill was prepared for both with covered seats and still close enough to catch possible fly balls. The bonus was that they were also a few feet away from the vendors and restrooms which kept the time away from the game to the minimum. Since this was my first game it was important to me that I could see as much as possible and spend time getting to know other members of ThreeWill.

I had always heard an adage that claimed that the most important part of a business is the people.  I cannot think of a better way to get to know people in the ThreeWill team than by watching one of the most beloved team sports in America. The environment of the day was perfect for furthering the connections I have with the other members of ThreeWill, while forging some new connections as well. Overall, this company outing not only made me a baseball fan, but it also helped me get to know all the wonderful people that I get to work with and learn from. The game ended in a win in more ways than one!