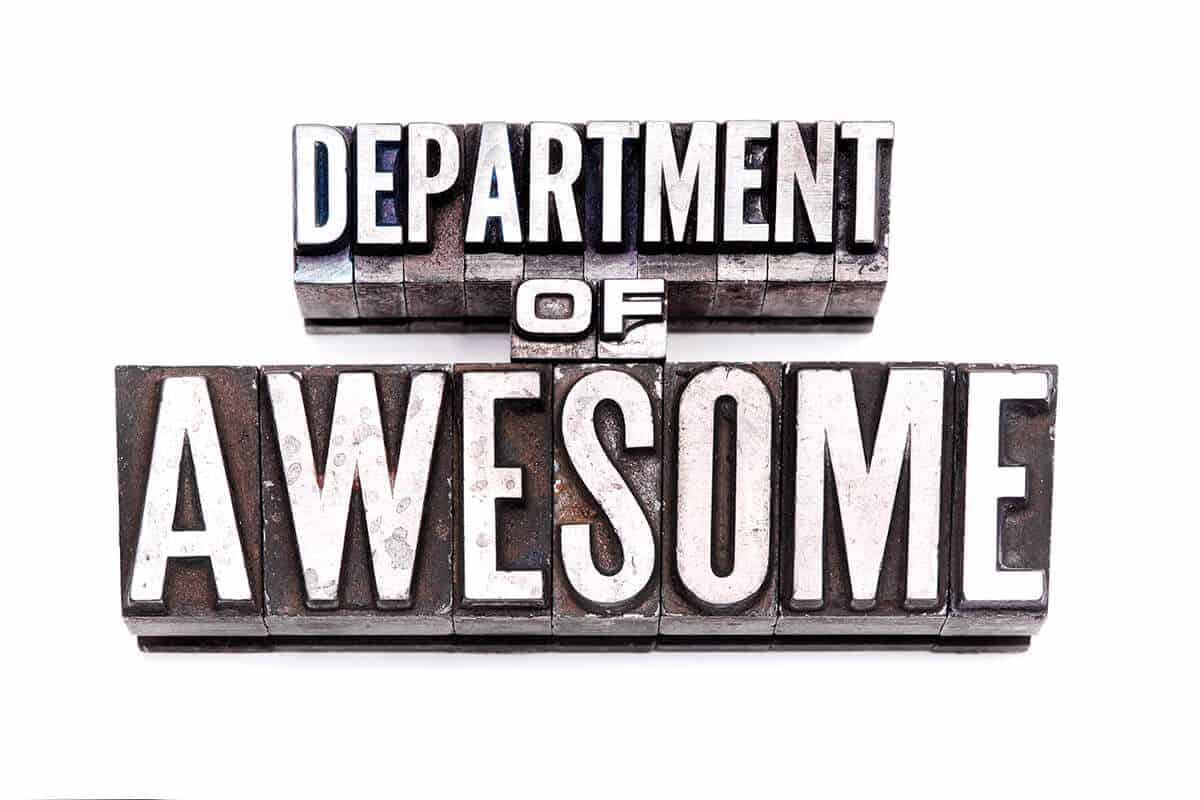 Lane is a Senior Software Engineer for ThreeWill. He is a strong technology expert with a focus on programming, network and hardware design, and requirements and capacity planning. He has an exceptional combination of technical and communication skills.

A while back a customer approached us with some fairly significant updates to a very complex custom SharePoint form we had written for them. After reviewing the change request, we recognized that the architecture wasn’t really what the customer needed. Apparently, they had been queueing up fields they wanted to add or remove for a while and were just now getting the budget to request the changes. What the customer really needed was the ability to add and remove fields from the form without the involvement of a developer. However, they weren’t able to use the OOTB form because of validation rules, dynamic enablement and requirement of fields, role-based security at the field level, and they didn’t like the overall experience of large forms in OOTB SharePoint (who does, really?). To complicate the issue, the customer’s IT department had made the law of the land that only sandbox solutions were allowed in their farm. This means that any solution we come up with had to be sandbox compliant.

In the past, this is when we would reach for InfoPath. While not something that I would categorize as end-user friendly, it was certainly capable of the tasks at hand and changes could be done without developer involvement. However, with Microsoft’s nebulous (at that time) comments around InfoPath’s support being limited, we couldn’t in good conscience try to convince the customer to invest in a solution that had a shelf life. Access Web Forms was a potential solution but was eliminated due to some other unique business rules to the project.

We had recently done something similar for another customer using a custom form that through its evolution had been transformed from a similar static form to a fully dynamic form that was driven by another SharePoint list. The other list had a row for each field in the list, the type of field, and some additional information that drove additional functionality. When someone opened the ‘new’ or ‘edit’ form for the list the code would use JSOM to query the list with the field information and then dynamically render an HTML form control for each row in the fields list using Knockout.js.

We liked Knockout for the previous project, but we found the performance to be suboptimal; the interaction with JSOM was clunky, and dynamic form validation was arduous (thankfully the requirements for form validation for that project were light). We knew going into this new project that we should take a serious look at other frameworks to see if we could find a better solution. So we made a small spike at the beginning of the project to review Angular and Backbone. There were others we could look have looked at, but those were the two forerunners and we needed to keep the spike small.

Backbone is really slick. Especially if you are doing data grid type tables. However, I found that the binding model wouldn’t work well for us since our table schema wasn’t well defined when the form is loaded. While it was certainly possible, it felt forced.

One of the attractions of (and the reason we chose) Angular was the fact that it is highly customizable. Specifically, the ability to define custom ‘controls’ (called Directives in Angular-speak) was extremely attractive as it closely mimicked what we were trying to accomplish. While this was a bit of a naïve interpretation of how directives work, in the end we found it worked quite well.

But enough background, let’s look at some code.

First, we need to define the list that holds all the fields in our form. At the basic level, we need the following:

For the Field List, we could have a number of other columns that could define more functionality. For example, we could have a required checkbox, a validation rule, an enablement rule so other controls make a field visible or required, a people picker to define who can (or cannot) edit a field, and so forth.

Next, we need to create a form that calls the angular code. There are a couple of ways to do this. Because we were elevating the Field List list instance via a sandbox WSP, we just added a module to our project in Visual Studio, but it could be done through SP Designer or however you feel comfortable. The form will need to have a script reference for Angular.js at a minimum (it’s not required to have a reference to jQuery but its recommended). You will also need a JavaScript file in SharePoint to hold your Angular code. There are a few best practices at Angular’s site around how to create and structure your .js and partial files. For this blog post, I am not going to follow those rules for the sake of presentation, so you should read up on those best practices before you get too far.

The ng-app directive tells Angular to look for a module called “demoApp”. Once the module is found then Angular will initiate the controller called “demoController.” The ng-app code is pretty simple and can be as simple as:

However, I did a little extra work to set the Accept HTTP header globally so I don’t have to set it for every GET request. So my module declaration looks like this:

Next, define a controller and name it “demoController”:

I picked up the habit of using an init() function in the controller from Dan Wahlin, but it’s not necessary. It’s just a way to keep the code a bit easier to understand six months from now.

Now that the framework is in place, it’s time to get the form to pull the list of fields from the Fields List. To do this I am going to use an Angular factory. The factory will return a promise that will look in the current site for a list called “Fields List.” Pull down all the items in that list, and return the raw JSON. This is pretty simple with Angular’s $http implementation.

Note the use of _ spPageContextInfo. This is a special JavaScript object that SharePoint provides on each page. To use it you have to add a couple special script references in your HTML form. I put them inside the <form> element at the very top to ensure they get executed first.

Next, we need to add code to the controller’s init() function to call the promise and parse the results into an object on $scope like so:

Next we add a <div> inside the <div> with the controller directive added. This <div> will have an ng-repeat directive that will loop over each of the fields in $scope.fields. It will then use ng-include to pull in an external HTML file that has the control templates we want to render based off Field Type.

Finally, we use ng-switch in our partial file to render different <span> elements based off Field Type.

And the end result: 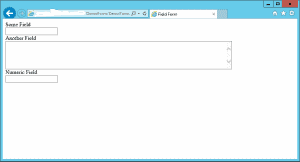 While this is an overly simplistic example you can see the potential of this approach. I do not show saving or editing a list item but that is pretty simple using Angular’s $http.post and $http.put methods. Using Angular to call SharePoint and render a dynamic form client-side is very powerful. This requires no code to be elevated to SharePoint (although a sandbox WSP does make things simpler) and could be done in a pure Microsoft 365 environment without a sandbox solution.

Next blog post I will show how to do dynamic form validation and control enablement using this architecture.